Narrative Clip - The good, the bad and the hacks

I got my Narrative Clip lifelogging camera a few days ago. I pre-ordered it way-back-when right after its successful kickstarter campaign as Memoto.
It is a small wearable camera that takes a photo every 30 seconds or when you double tap on it. It has a bunch of sensors inside, including an accelerometer, magnetometer, GPS and light sensor. Here's a teardown of the hardware performed by Adafruit.

After having a good play with the clip, here's what I think. Overall, I am happy with my purchase but would advice against buying the clip unless you are OK with the bad points listed below or plan to use it for various hacks and projects.

Given the limitations of the software, I have gone ahead and started working on some code to build an "offline narrative". The long term goal of this project is to make my own set of computer vision and sensor processing functions that enable useful lifelogging capabilities without the need for an Internet connection and cloud services.

Firstly, here's the code so far. It is some MATLAB that I cobbled together to test things out. It should run on Octave but I haven't tested it yet :)
https://github.com/ruins/offline-narrative

The github page includes an extensive Readme that has a lot more information about the clip, including technical details such as how the accelerometer axes are arranged and how files are timestamped.

The code currently operates on the cached folder of data that is created after the Narrative Uploader detects a clip connected via USB to a host PC. Note that if you disable Internet access for the uploader app, it will still cache the data from the clip and free up memory. This means you should be able to run the clip in offline mode indefinitely! (Assuming you don't update the firmware when Narrative decides to fix this...)

Non-Fiction reads about the future

Did a bit of reading over the last few weeks. The books all happened to be about the future of humanity and the Internet as well as how technology and innovation can be brought to bear to help solve large problems.

First, I laboured through Jaron Lanier's "Who owns the future".
http://amzn.com/B00ADNP2ZM

Next up, I will be going through Kevin Mitnick's "Ghost in the Wires". Cant' wait!

We need more Engineers, Scientists and Mathematicians in Australian politics

Australians do not put enough value on mathematics, science and engineering.

I have been told by several high school teachers that they are not supposed to tell kids they are wrong unless it is accompanied by compliments; a ludicrous proposition if a child is to grow up to be a scientist, mathematician or engineer. Or just a rational person capable of critical thinking.

As a research scientist and engineer, all this makes me thoroughly melancholic.

It is because of my math and science education (from a Hong Kong primary school and New Zealand high school) that allowed me to study Computer Systems Engineering at Monash on scholarship. This led to postgraduate research in a robotics lab where I developed smart robots and got the chance to travel widely to visit international research labs. I am now working on an implantable visual prosthesis that will provide bionic vision and novel Augmented Reality technologies; my work even got me some press coverage! Science and mathematics have allowed me live the Confucius quote: Find a job you love, and you will never work a day in your life.

I am sure there are a large mix of factors at play, especially traditional cultural values. I can go on and on about how society overvalues sports and undervalues education or how there is a massive cultural divide between Australia and many of its Asian neighbours in terms of how society values maths, science and engineering.

I am also going to ignore the gender gap in math and science. It is a loaded topic and I feel that a rising tide lifts all boats; societal and government interest in math and science will help alleviate gender biases. I don't agree with fixed male-female ratios in classes; just feels a bit too 1984 for my liking.

What I will talk about, or at least begin to, is a inequity and bias that exists in the composition of our government that may have something to do with why our politicians seem unable to improve math and science education or fully appreciate the need for investment in an innovation culture to boost jobs in manufacturing and other suffering sectors.

Note that I am not saying that this bias is a fault of anyone; I see it as a systemic fault that probably developed over time.

On a (somewhat obsessive) whim, I went and looked up the education background of the Senators in the Australian Senate. Details are available in a Google Spreadsheet.

Here are my findings for our 76 senators:

Given my findings above, I am not surprised at the poor state of Australia's math and science education. I think it is difficult (may be impossible) for someone to advocate math and science in an earnest and effective way without significant personal experience with the rewards of studying and applying these disciplines. It is not just about jobs and catching up to our OECD and Asian neighbours; it is also about the joy of it all.

It reminds me of the following video where US science advocate Neil Degrasse Tyson discusses the argumentative conflicts in the US government. Our government seems to suffer from similar problems despite having a few more economists. May be we need more engineers and scientists.

It seems the solution may be to get more mathematicians, scientists and engineers into the government or at least involved with the political system in some grass roots fashion. We also need more of them out in public talking to kids and young adults as they will be the ones that select political leaders in the future.

In subsequent blog posts, I plan to look into the qualifications of the Members of parliament as well as the reasons why engineers seem to stay clear of politics in Australia. My initial hypothesis is that a combination of  the nature of their tertiary education and the high paying jobs they land after graduation drives them away from political roles.

Assuming the Wikileaks party gets formally registered, I may also have a look at the party's position on
on math and science. Early rumours suggests that the initial members include mathematicians and physicists. A welcome change to Australian politics!

Started Unit 1 of Udacity's Parallel Programming (using CUDA) course today. I will be updating the following GDoc with my notes and thoughts as I go through the course. What better way to spend a few hours than having a coffee while listening to programming lectures :)

By "we", I mean my hard working students Winston and Nalika. Great work you two!

Paper PDF: Visual Localisation of a Robot with an external RGBD Sensor

Getting ready for ACRA 2011

I am the Program Chair at the Australasian Robotics and Automation conference (ACRA), which starts on Wednesday the 7th of December. The Full Program is now online. Despite long hours of preparing for the conference with my co-chairs (Tom Drummond, Lindsay Kleeman and Andrew R. Russell), I am still energetically looking forward to the technical presentations.

I am co-author for 3 papers accepted for oral presentations at ACRA. Videos and paper PDFs below.

PDF: eBug - An Open Robotics Platform for Teaching and Research

Just got back from IEEE ISMAR 2011 in Basel, Switzerland where I presented and demonstrated Transformative Reality (TR). TR applies computer vision and robotic sensing in real time to optimise the usefulness of visual information presented through low resolution displays such as bionic vision from implanted visual prostheses.

More technical details available from the POSTER and PAPER (PDF). We also tested the system on ourselves. An example trial is shown in the video below 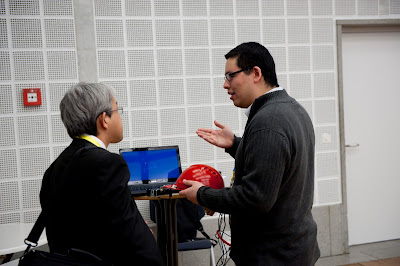 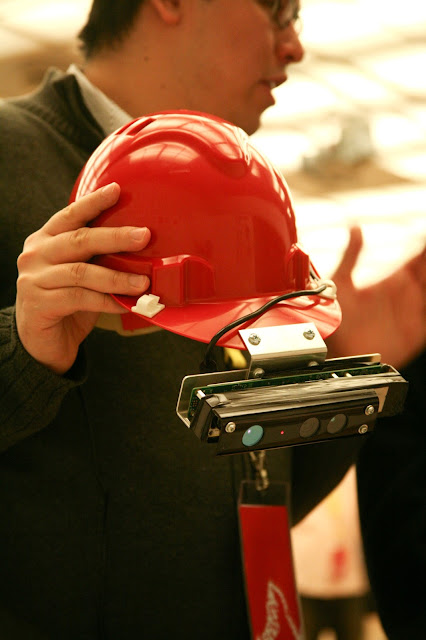 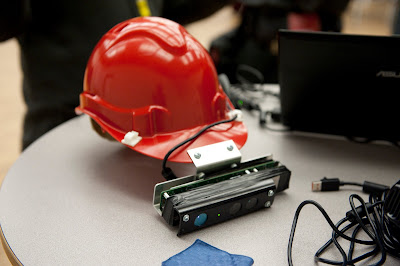 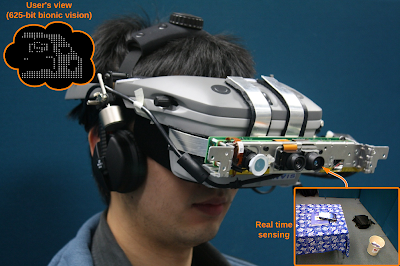 I am a Chief Investigator in the Monash Vision Group (AUS$ 8M Bionic Vision SRI), where I work on real time algorithms to improve the quality of information delivered by Visual Prostheses and Assistive Technologies.
I am also the Co-leader of a Computer Vision lab with Professor Tom Drummond. Me and my students work on RGB-D sensing (Kinect etc) and mobile phone Augmented Reality. The lab is in Monash University's Electrical Engineering department.
In my spare time I help industry partners with image processing and robotic sensing development. I also try to sneak in a computer gaming session whenever time permits.